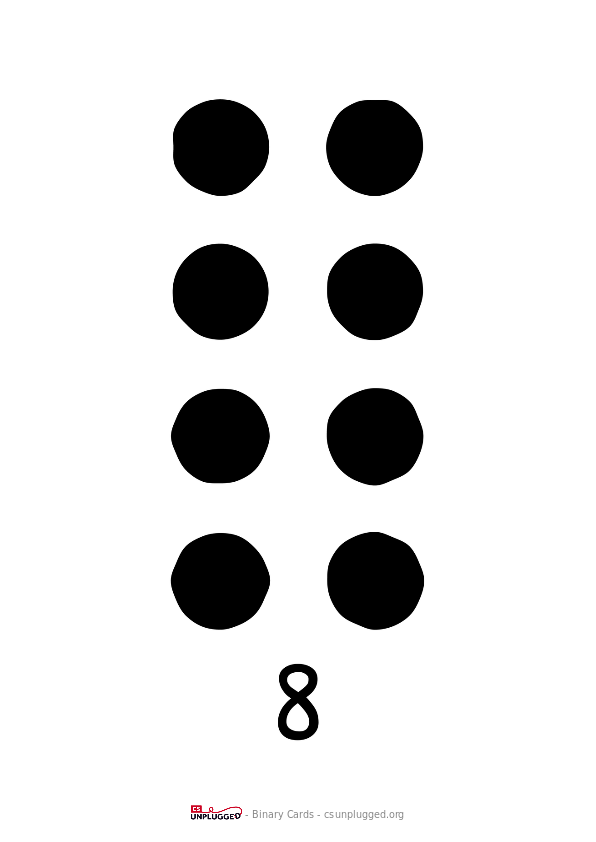 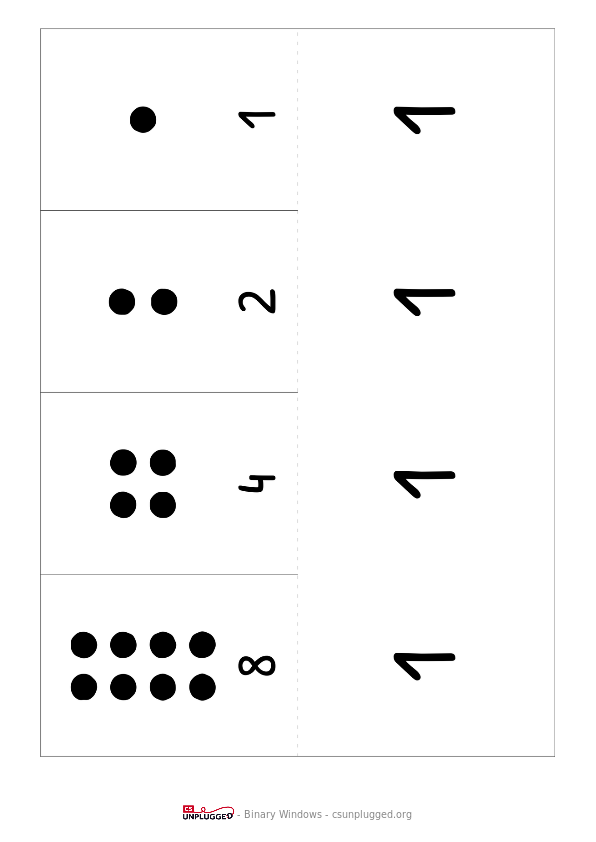 One set per student.

Accept and record all answers to revisit at the end of the lesson.

Did you know that right in the inside of any computer there are billions (that’s a really really big number) of little tiny things that can be turned on or off, like a light switch, and that when you have lots of these things together they can display a number or a letter or a movie or make up your favourite game on your device? So let’s look at how they work. Now we need to pretend that we are so incredibly small that we are now inside a computer and we are making the computer show a number. Are you ready?

First of all here’s a card that is the tiny thing that can be turned on or off. The technical word for that is a “bit”.